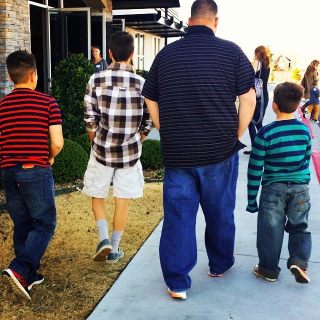 When we dated, I knew I loved his eyes. I quickly realized they were identical to mine. Mine, my own eye color that had once led me to believe I had been adopted. The only Kight without sea blue eyes and the only person I knew with hazel.
When he coached his very first team as a dad, a soccer team no doubt, we realized what came to be a very comical thing about those eyes. After a long season of youtube tutorials and online soccer drill ideas, the football/baseball star was the Pirates biggest fan and best leader. He had never played the sport that would become his oldest son’s passion and reason for getting up every morning. The end of season party is one that we still talk about today. Shane leaned over to ask a little boy if he would like some ketchup on that victory hotdog he was about to consume and the sweet thing looked over his shoulder to see just exactly who coach was talking to. Shane had a lazy eye. 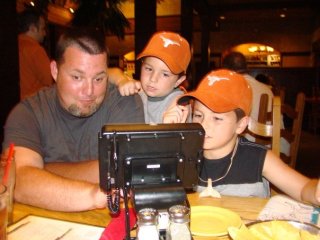 After glasses with prisms so thick that you would have thought he was blind had been added to his weak prescription and many test run to see if his diabetes was causing permanent retinal damage, it all came down to a tired muscle at his back of his eye. He became quite attached to his glasses. Never forgetting them for work meetings and always wearing shades when coaching.
He became quite accustomed to the jokes that followed. Most of the time, he made fun of himself. My brother liked to remind him that there is ‘no lazy eye in team’. He would often make fun of the fact that he had been talking to someone and they didn’t respond, saying, ‘They didn’t know who the hell I was talking to.’ Our life was full of laughter and I know my kids learned that it is ok to laugh at your own shortcomings, but to love yourself all the same.
It was just two weeks after his passing that we got a letter from Life Share stating that not just one, but two people had regained their sight with the help of Shane’s corneas. I will never forget sitting in my driveway going through the mail and reading this. The boys had already gone in the house and I sat in my car, having hardly cracked a smile in weeks, and laughed until I cried. I then cried because I had laughed. The kind of emotional roller coaster that was best portrayed by the cast of Steel Magnolias post funeral (another reason I knew I was supposed to marry Shane…his favorite movie). I was so overwhelmed with the fact that this had brought me nothing but joy that I had instant guilt, then realized that I would never see that green-eyed smile again in this lifetime, then started laughing all over again because of the irony of the eyes. 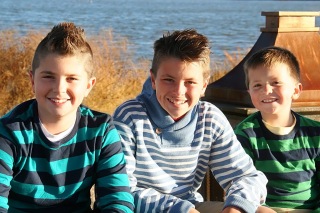 I calmed myself down and went into the house. I sat the boys down to straightfaced read them the letter. As I calmly, carefully pronounced each word, I glanced up to see them fighting off the smiles. I kept reading and heard snickers from Wyatt and as I finished reading I saw Tate glance over at Lane and then they all erupted apologetically. Wyatt cautiously asked if the recipients would have lazy eyes as well. I explained that they would not, and admitted to sharing the same reaction in the car. I assured them that I knew we were indeed making their daddy so proud by our lighthearted approach to the news.
I have just today had the pleasure of hugging a daddy’s neck who just lost his daughter. She has saved 5 lives so far through organ and tissue donations. While he cried, he told us just how excruciating this process has been and the varied emotions he has felt as the doctors planned and pieced his daughter’s blessings to those who will continue to live because of her. He spoke of the private jet and limo rides for the families. He spoke of the babies, teenagers, and children who will no longer suffer because of her and how he had no doubt that they were getting the best and the strongest that this world has to offer. He was running right toward the roar today, as Levi Lusko speaks about in his book, ‘Through the Eyes of a Lion’. Cueing the Eagle just like in Isaiah 40:31.
Through his inspiration, I was reminded that those hazel green eyes that I miss are right here with me. Three sets of them. Each of my boys sharing the same shade as their daddy and I. I am reminded that two people were gifted the view of life through his eyes. May they see things a little sassier than they ever dreamed they would, a little more vibrant, a little more loving, and a lot more focused. 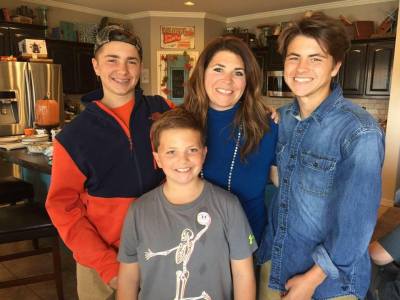 Mother of 3 handsome boys, we lost our main man suddenly on April 27th, 2015. We are grace-filled believers that are a walking example of God's love. I teach 7th graders STEM and chase these boys to every sports field I can! View more posts